The Anti-Corruption Report, formerly The FCPA Report, combines domain expertise with deep research and reporting to yield actionable insight on the most pressing issues relating to anti-bribery laws around the globe.

Our database of articles contains up-to-date practical guidance on anti-corruption compliance strategies and best business practices to assist outside and in-house counsel and compliance professionals with the dynamic issues unfolding in this area.

Unlike other sources, the insight within the Anti-Corruption Report derives from our in-house legal experts, who leverage their extensive legal experience and networks to interview industry luminaries and procure a variety of expert views around the world. Our editorial team is led by Rebecca Hughes Parker, a former litigator at a large law firm in New York.

In addition to our own researched and sourced thematic articles, we publish contributed articles from experts in the anti-corruption field.  For submission guidelines, please contact Rebecca at rebecca.parker@iongroup.com.

Sign up to receive two complimentary issues of the Anti-Corruption Report, and full access to all subscriber benefits until publication of the third issue following the date on which you sign up.

Subscribers to the Anti-Corruption Report are granted exclusive access to market leading insight and proprietary analysis of key developments relating to the FCPA and global anti-corruption issues. A subscription includes:

To purchase electronic or hard-copy (glossy) reprints of any article in the current issue of the Anti-Corruption Report or any past issue, please contact Rebecca Hughes Parker at rebecca.parker@iongroup.com

Reprints may be used for various purposes, including:

1345 Avenue of the Americas

Thank you for getting in touch with us.

Someone from our team will be in contact with you shortly. 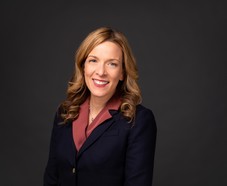 Rebecca is the Global Editor-in-Chief of the Anti-Corruption Report and the Cybersecurity Law Report. She steers the editorial, business and technological strategies of the products, leading the editors, reporters and guest contributors to create valuable and comprehensive analysis for subscribers. Rebecca also writes and edits extensively, moderates panels and speaks publicly in various forums as an expert on anti-corruption, cybersecurity and data privacy compliance. She was the founding Editor-in-Chief of the Anti-Corruption Report, and subsequently launched the Cybersecurity Law Report.

Previously, she was a litigator at Dentons, where she represented clients across a range of legal areas, amassing significant trial, appellate and internal investigation experience and earning the firm’s pro bono prize. Earlier in her career, Rebecca was an award-winning broadcast journalist at metro-NYC stations. 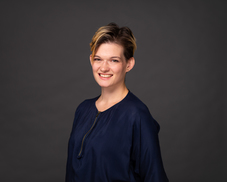 As Copy Editor of the Law Report Group, Kate copy edits and proofreads all the content in the Hedge Fund Law Report, the Cybersecurity Law Report and the Anti-Corruption Report.

Kate has a background in journalism, and was formerly the Senior Copy Editor and Director of an English-language news site in Cairo, Egypt, from 2013-2016. Prior to that, she reported on the United Nations headquarters in New York City for a major Japanese daily newspaper.

She is fluent in French, Arabic and Japanese. 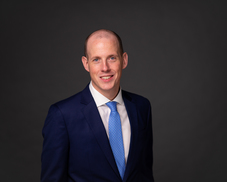 Rory leads the Law Report Group products as Managing Director.  Through consistent engagement with industry leaders and his talented team, the Anti-Corruption Report, the Cybersecurity Law Report and the Hedge Fund Law Report are regarded as some of the most authoritative information resources in their respective fields.  Rory's responsibilities also include commercial oversight in the Americas of sister products Acuris Risk Intelligence and Wealthmonitor.

Rory has over a decade of experience with Acuris holding senior sales positions, leading new product launches and the acquisition of the Law Report Group in 2014. Prior to joining Acuris, Rory was a VP at Acupay/Bondholder Communications Group and the commercial head of a technology firm. He holds a B.A. in English from Fordham University.

The full video is here. The associated article is here.

The video is here

Sorry, we do not recognise the username and password combination you have entered.

Please ensure you have typed your email address correctly and remember that passwords are case sensitive.

You are logged into a maximum of three different browsers/devices.

Please log in with one previously used and go to My Account to manage the browsers/devices you are using.

A reset link has been sent to the email address provided.

Please be aware that the time taken for mail to be delivered is dependent upon your Internet Service Provider. It should normally arrive within 5-15 minutes.